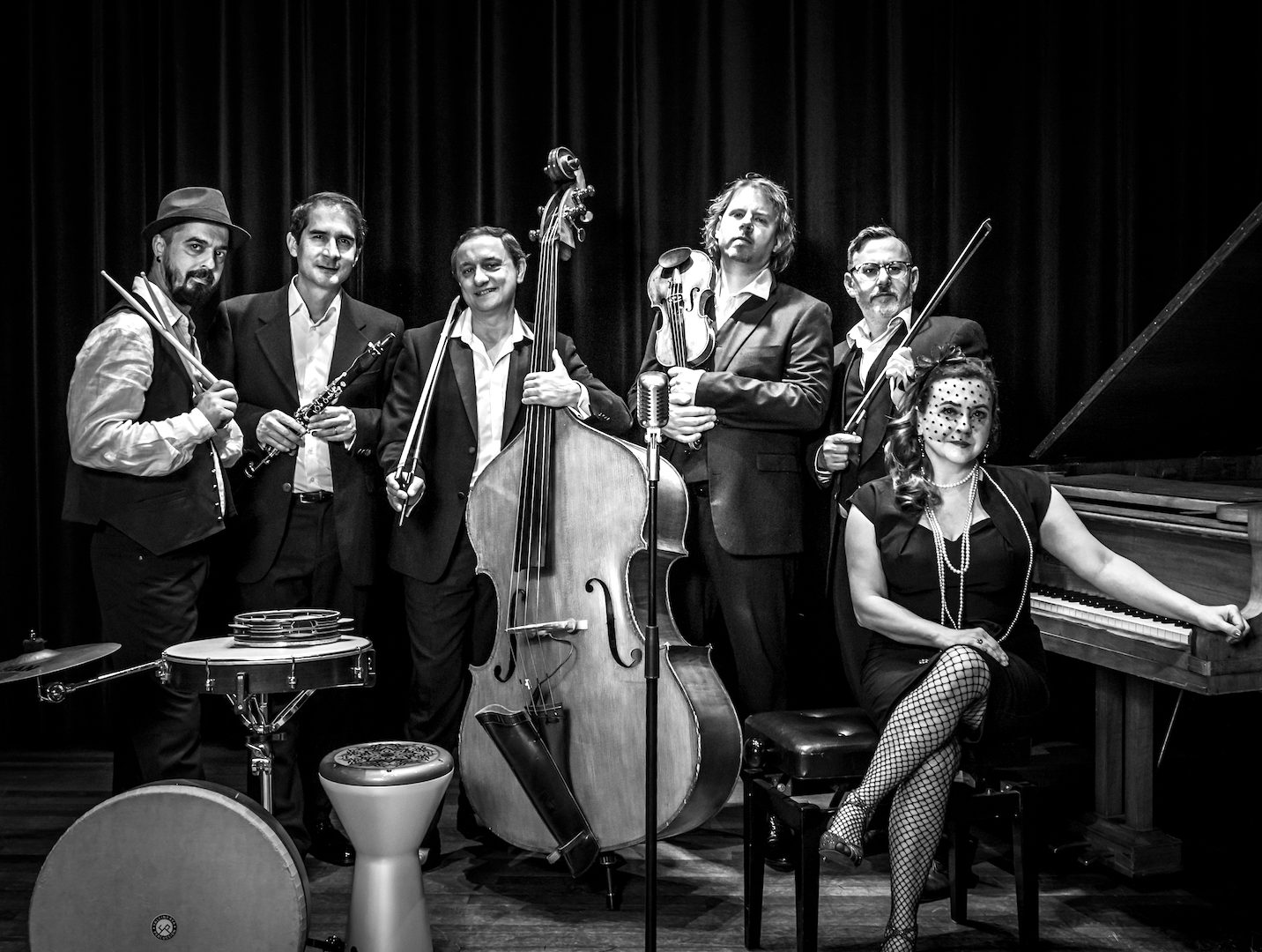 Tombaz will take you along to the Istanbul of the thirties. You will listen to romantic Istanbul songs, cabaretesque kantos and operetta songs in a setting of poems, sketches and dance. Tombaz brings new life to this old music that has fallen into oblivion. The richness of the cultural diversity one can hear in our music. The songs are sung in the original languages ​​of the metropolis of Istanbul around the beginning of the 20th century: Turkish, Greek, Armenian and Ladino.

Tombaz brings you moving stories, cheerful songs about women drinking hard liquor, but also operetta songs about quarrelling couples and good-for-nothings. Every song is a piece of music in its own right. In our show with a lot of surprising moments, humor and antique costumes, you feel that you are in an old-fashioned musical cabaret. Tombaz plays its own arrangements and consists of six musicians.

Tombaz was initiated in 1998 by the couple Emirhan Tuğa and Meral Ari. Their fascination for Argentine tango music and its dance sparked their curiosity for the Turkish tango. By listening to old recordings they became even more motivated and compiled a repertoire that was received with enthusiasm in both Holland and Turkey. The ensemble has since extended its repertoire by performing kantos, operetta music and other traditional songs from the beginning of the 20th century.

next concert on 4 October in Buikslotermeerkerk, A

TOMBAZ concert tonight in Paradiso is sold out.! T